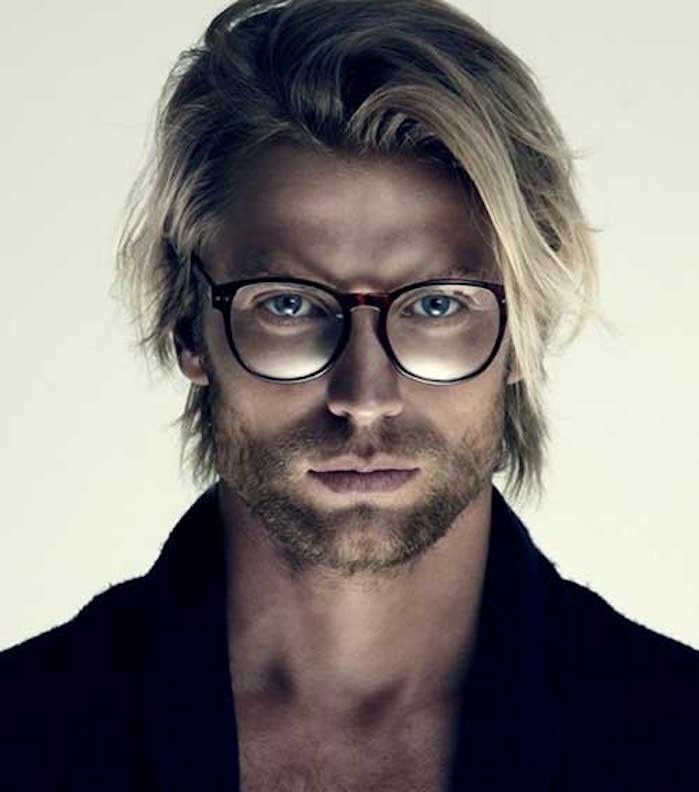 The previous night as I was about to fall asleep I had a vision,  In the vision I see a sea of grey blue cilia swaying to and fro.  Each cilia was dimly lit from within by an internal light source.  As my consciousness moved along this bed I came upon a man about the age of 26 among the cilia .  His portrait came in with perfectly and complete clarity.  He wore a blue and grey shirt who’s fibers were also illuminated from within.  His hair was an iridescent  blond.  His eyes a deep blue.    He wore glasses which made me think this is the first time I’ve ever seen a dream vision person wearing glasses.  The intensity of his eyes was striking.  I wondered if this could be OB but being skeptical I looked for reasons why it wouldn’t be him.  I looked carefully at his hair.  He has a full head of hair which was straight with minor waves.  On his forehead his hair went straight up then nicely curved down.  I thought this is not a pattern my hair had when I was young at least I don’t remember it.  My eyes are not blue with this intensity even though I know his donor mom has a family history of blue and green eye and there are green eyes in my family history.  He had a soft shadow beard which I thought could definitely be a trait he received from me.   He looked at me for a long time…..a long time as if in a trance.  His visage moved or changed only slightly.  His image seemed to fade and faze in and out.  As it fazed it felt as if I was seeing two ages at once.  As if I could see through him into a timeline of his life.  I focused on an image of his face around the age of 14.  I compared the two simultaneously and recognized where his maturity came from.  I seemed to understand everything about him.

Last night I had a dream where my roommate is moving and packing his things.  He has compacted all his belongings into the center of the living room.  It all seems to have melted into a flat round disc about 5 to 6 feet across and about 2 feet deep.  It looks like a round coffee table in the center of the room.  All his belonging are compacted into this disk.  He then takes a donut hole cutter and impresses it into the center of the disk and cuts the hole out.  This center hole now is compressed and glazed down even further.  The glaze is so think I can see it has a glaze depth of about 1 inch all around.   I ask him what happened to all your belongings?  How can you claim this donut hole as a complete collection of all your belonging.  Instead of responding verbally he demonstrates by placing the compressed and glazed donut hole in water.  The donut hole grows and expands with to the size of the original disk before he took the donut hole cutter to it.   I now believe.

This morning I thought I should really take the time to journal my dream and vision from the night before.  I was unsure about journalling the vision of the young man with glasses because it seemed so simple a man with glasses…. what was there to tell?  Not only that, I just knew it would be incredibly difficult to find a picture of a man with characteristics similar to the man in the dream.  Funny enough yesterday I went to the gym and there were about 3 guys who looked SO similar to the guy in my dream.  I almost thought I should try to approach one of them and say hello.  At one point two of the guys were relatively close to one another and I thought should I ask them if they are related? My shyness got the best of me discounting the effort as my conscious mind wanting desperately to see what it wants to see.  Maybe they didn’t look anything alike.  It further enforced my willingness to discount the vision as too simple to journal.  So today, I thought OK I’ll do some searches for “blond haired man with glasses” and see if I get a hit.  I thought if I was to go to a beauty salon and wanted a hair cut like someone in a magazine how would I find the images of the hair cut I wanted.  None of the images seemed to convey the exact hair style.  I changed the search a bit to “long haired man with glasses”  With this search I got a hit that matched perfectly.  The glasses we not quite what I saw as the glasses in my dream where more thin rimmed glasses but the intensity of the eyes were definitely the same.  The hair is a 100% match especially the way it goes up then curls back down on the forehead down to the side of his face.  The way the light hits his face kinda resembled the illumination that was present in the cilia and in the fibers of his shirt.  The lenses reminded me of being able to see into him and his timeline.

Now could it be OB?  Well it wasn’t until I started journaling it that the probability shot through the roof.  It was in the cilia.  As I tried to describe the cilia I remembered the blue and grey.  Those colors have been present in most of my OB dreams so much so that I’ve associated the colors with him.  Also the fact that he had glasses on made it different from any previous vision or dream.  People just do not have a need for glasses in my dreams.