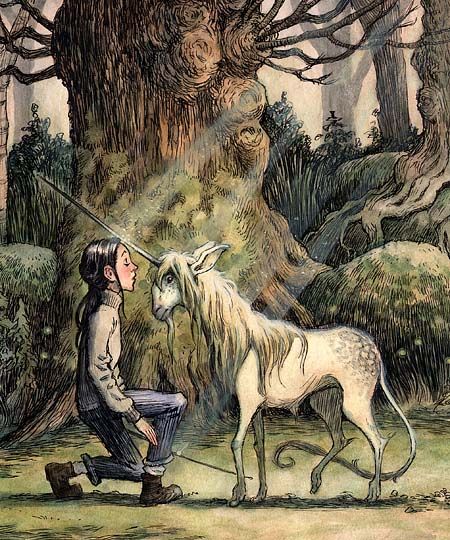 Last night’s dream I don’t recall very much.  What I do remember is seeing the same repeating patterns over and over and over again.  I find myself gazing at beautiful blue, grey and now black shadows.  The image is presented to me much like a filmstrip in a movie theater as the credits go past the screen but instead of words they are patterns of blue, grey and black.  I associate blue and grey with OB from previous dreams and here the dream has introduced black.  The grey is comprised of what looks like patterns of leaves.  As the patterns pass by from bottom to top they invoke feelings as if generated by bubbles of emotion coming up from within me and onto the screen of my mind.  I am flooded with wonderful feelings of joy.  I am relaxed and free.  I take notice of the dream and desire knowledge on how the images are constructed.  I am able to determine a repeating pattern.  At this point the pattern stabilizes and comes into focus as moon struck images. I’ve not seen moon struck images in many years.  I can see the shadow profile of a man kissing what appears to be a horse or camel on the cheek.  I can only see the shadow of the neck and head of the animal.  He kisses and pats the horse in a sign of love, appreciation and admiration.

I  suddenly realize there is a man standing in front of me.  He wears a shaved head and face with about what would amount to a 3 day stubble all over.  I can see the man’s eyes as he looks dead set at me.  I know or am told I am the man.  Yet why would I be without a beard?  For a long time in my dreams, I was not seeing any men’s faces with beards.  I always thought it strange considering I am a lover of beards why wouldn’t my dreams hold more bearded men. I remember after coming to the awareness of it my dreams began introducing bearded men or possibly I became more aware of them. It seems strange for me to be witnessing a shift to the past as my dreams once were with moon struck images.  I sense a time shift occurring.

Something magical happened on this day.  The fertility clinic is requiring my GC IM to have a consultation with a MFM doctor.  She told me today that her midwife referred her to someone who she then called and made an appointment.  His name is Dr. Christmas.   What a magical coincidence.  Because the calling I had last year to do Santa was so strong.  I had so many dreams and visions with Christmas themes.  Unfortunately I wasn’t journaling during this time.  I remember having this one vision where I saw three cartoon children playing in the snow on a hill.  They were playing tumbling rolling down the hill.  As the tumbled down a windy path toward where I was the last tumble before they popped their heads up when they came up out of the snow they each had a white full Christmas beard and they all looked just like me when I was a kid.  It was so cute it just melted my heart.

I remember one dream where my bed was a sleigh ( I actually have a sleigh bed) and I was sweating under the covers and every time I moved or shifted my weight the humidity from under the sheets would rise and create snow all around us.  As we traveled on the bed my family and friends were with me on the sleigh we would make stops some in dangerous places where we had to hide under the covers.  It was hard to hide or go unnoticed because it kept snowing out of character.  Luckily the evil criminals never suspected anything believing instead that it was just an unusual anomaly.  I remember at the last stop i poked my head up from under the covers and father time with a long grey beard was sitting on the bed.

I rejected the messages that somehow I should be a Santa.  I also didn’t think I could be around children.  My self image of parenthood or Santa was so low.   Why would parents want a gay Santa?  As the holidays approached last year I began hearing the suggestion from so many friends I couldn’t hide anymore.  The universe wanted me to be a Santa.  I thought I could possibly visit nursing homes in costume (purposefully avoiding anything with children) I didn’t want to be rejected.  I ordered the costume online.  I ordered the best costume I could find with real leather boots and leather belt.  The boots literally arrived on Christmas eve.  I only wore the costume to some parties friends were having.  Although I did call some nursing home I didn’t have to courage to actually go.  Maybe this year with more time I’ll work on building on that courage.  I did get really good feedback from friends.

So I don’t know the full extent of this Christmas reference in the surrogacy process but I do know it’s all over the place.  It’s the universes intent.