As I was waking up this morning, I am in a dream where I have a bicycle which i share with my friends.  One particular friend adds a new feature to the bike.  Automated brake lights.  I am fascinated by this feature and trying to figure out how the connections work.  The idea seems ingenious.  I can see all the cables and cords and their connections.   There is one very long cord with a loop which reminds me of a lasso.  There are cartoon figures demonstrating its use for me.  I remember thinking how odd they are cartoons.  Being in a dream and wanting to understand how this works, I step into character and attempt what the cartoons are doing.  I notice the end of the lasso is headed deep within a well.  I pull as is demonstrated by the characters.  The lasso magically floats in space defying logic.  I am able to pull the lasso with ease and it seems to have no end.  I give it a few more pulls and hear a voice.  A young dark skinned Indian boy in his adolescence sits upon a nearby wall with one leg crossed over the other.  His toes are pointy which I find to be highly unusual.  He says to me, “Hang on he’s full of poop.”  I say, “Full of poop? EEEEUUUU. ”  He then says to me, “Don’t worry someone will come clean it.”

This was such a cute dream.  I’ve often had cartoon dreams but never where I stepped in to be a cartoon and join in on the fun.  I remember the moment I stepped in I could feel myself swoosh into an other worldly reality where everything around me seemed so magical defying the physics of every day life and even the metaphysics of most dream spaces.  The mystery of the dream only came to me as I sat to write it out.  The floating lasso reminded me of the belt in yesterday’s dream which I equated to possibly an umbilical cord.  This one definitely felt more like an umbilical cord.  Why was the other end deep in a well?  Duh!! Well don’t most umbilical cords originate deep in a well?  As I wrote the words came to me that the cord was “headed in a well”  wouldn’t one end of an umbilical cord have a head attached to it, a head that is in a well.  So I’m definitely going to put this one in the OB column.  It is so playful how he comes to me.  The kicker was at the end of the dream when out of the blue he says, “Hang on he’s full of poop.”  Thanks OB for reminding me…. I guess I’ll be having a lot of poopie diapers to change.  And so so cute how he say’s, don’t worry someone will come to clean it up.  Yeah that someone is me.

As I sat in the morning drinking my coffee meditating and thinking about the dream.  I had not made the association yet between the Indian boy and the Buddha but as I glanced over at the Buddha sitting in my dinning room I noticed which I have never noticed this until today the Buddha’s his hands and feet are very pointy.

This dream also reminded me of a dream I wrote about in my book.  It happened right after my dog Babers passed away.  Here is the dream:

You are the Most Beautiful Woman I Have Ever Seen
I was in great pain today. One of my two toy poodles, my chocolate male named Babers, passed away last night. He had been vomiting for a couple of days. I finally took him to the vet to have him checked. They kept him overnight to run some tests on him. They determined he was suffering from pancreatic inflammation. We tried a blood transfusion but in the end he did not respond positively to the procedure. His condition deteriorated and I was forced to make the painful decision to end his precious little life. He died in my arms. My heart was crushed. I cried and asked him to please forgive me. He was 12 years old. He had been with me nearly his entire life. Never a day went by that I did not wake with his breath in my ear.
After coming home from the animal hospital I placed a small framed picture of Babers on my nightstand with an amethyst crystal, my birthstone, beside it. I prayed that I would see him in my dreams. The night went by and when I awoke in the morning I had not had a dream about him. I got out of bed to let my other apricot toy poodle, Butters, out to do his business. When he was done we retired to the bedroom for a quiet mediation. I had no sooner laid my head on the pillow and closed my eyes when I had a false awakening.

I found myself sitting in the library when I heard a knock on the door. I could see my neighbor Evelyn peeking through the side window to see if anyone was home. It was the day she normally comes to clean my house. I got up to open the door and proceeded to tell her about Babers. As I was telling her the news, I noticed she was much shorter than usual and her complexion was a dark chocolate brown. This was not the Evelyn I knew in real life so I assumed I was having a false awakening. I knew this was my chance to go look for Babers.

I walked out my front door and a young boy between 12 and 15 years of age came rushing over toward me. He looked at me with love in his eyes and said, “You are the most beautiful woman I have ever seen.” Bewildered, I took a step back and in so doing noticed my hooded robe caress my face. I was wearing a bright yellow robe much like the one I had seen my guardian angel wear.

In that moment I thought to myself, “Why would he think I’m a woman?” Then I realized, “I’m apparently an angel.” Remembering the times when I had seen angels, I knew they often reflected what is inside me that I have projected onto them. Knowing the robes they wear are like mirrors unto the soul, I allowed this little boy to see me as it was in his heart to project.
Realizing I was called to be his angel in spirit, I reached out and placed my hand on his upper arm. To my surprise he was not formless. I felt his physical presence within the grip of my hand. I could see my outstretched arm, which was milky white in color, draped with a glowing yellow robe. He then said to me, “I would love to have a pair of earrings much like yours.”
The earrings I wear are not easily removed so instead of giving him mine, I reached out and held his earlobes between my thumb and forefinger. As I removed my hand, transparent earrings appeared on him. Satisfied, he turned and rushed off into the dark of night. As I watched, I noticed a silver cord trailing him. Rainbow colors pulsated within the silver cord. I followed the silver cord back in my direction and realized our beings were tethered to each other by this silver cord. From the still of night, I heard him call back to me, “I forgive you.” I instantly knew this boy was my little man, my precious little Babers.

I then ran forward, following the silver cord, to see him one last time. As I ran, my robe caught sail and my body took flight. In amazement, I looked around and to the right and left of me I saw massive outstretched silver wings the size of aircraft. How could these be my wings? I could feel the wind rushing about my body. I heard a voice that said, “Look to your far right.” I turned to look and in the distance I saw a little angel in flight next to me watching over me. Between us was the silver cord that tethered us to one another.

Knowing it was Babers, I dropped into a state of utter bliss. I saw the shores of a beautiful ocean and a scenic coastline on a pristine day, in full and vivid detail. We soared high in the sky, then began to descend toward the ocean below. We swam among the fish of the sea.

I watched him swimming in the distance. He swam further and further into a dark abyss. Not wanting to go into the darkness of the abyss with him, I decided to pull on the silver cord and reel him in toward me. As I reeled him in, I heard a voice say, “He knows not what he does.” I then saw a dragon surface from the abyss. Refusing to lose him within the darkness of the abyss, I placed my hand upon the forehead of the dragon and visualized the image of Christ in my mind. Light then came to the depths of the abyss. The dragon turned to clay and shattered into a million pieces and sank to the bottom of the abyss. In the light, I then saw my little angel sitting peacefully in the distance.

The next day while in meditation, I still yearned to see my little man. I began having a vision in which I saw a meadow and there was rustling within the many plants of the field. Suddenly I saw the shadow of a little dog much like Babers. I followed the shadow until I came upon the little dog in a clearing. He marched happily among the tall grasses. I then saw that upon the ends of the earth stood a man completely naked and larger than life, whose image was impressed upon the heavens. He called to the dog, who quickly ran to his side content to follow him. I recognized this man to be my Higher Self.

I am blessed to have loved such a precious gift as my little man Babers. Much like my Higher Self, he won my heart without ever uttering a word. He has taught me what it is to love unconditionally. He has taught me how to walk in his master’s shadow and serve with a faithful heart. He has reminded me that I too am someone’s little man.

Putting these puzzle pieces together just now made me wonder if they have been perfectly placed to answer a question.  I’ve always thought my pets have been splinters of my own spirit sent to comfort me and provide companionship because they have often provided me with so much unconditional love.  Yesterday someone asked how the baby was coming along and how I felt about the baby not having a mother.  I felt a bit insulted.  I responded I am every bit a mother.  He thought I was being campy as gay guys often do.  So he then asked well whose going to be the daddy?  To which I responded, I am every bit a daddy.

But i left there thinking maybe I’m not mom enough.  Those messages of self doubt were haunting me yesterday after that.  I wonder if today’s dream which made me recall this past dream about my dog Babers was a message sent.  I had totally forgotten the voice in the dream that said, You are the Most Beautiful Woman I Have Ever Seen.  Are my animals splinters of me and or angels or even splinters of things to come placed here for a purpose.  Did the universe in God’s infinite wisdom know I would need this message at some point in my life.  So glad to have these dreams to recall.

I don’t like posting two images for a dream but this seemed appropriate. 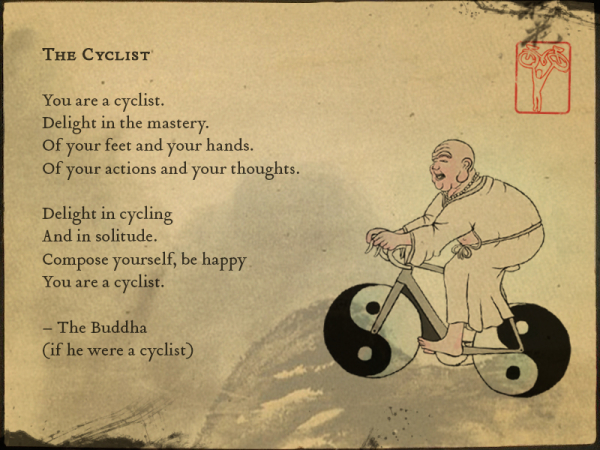