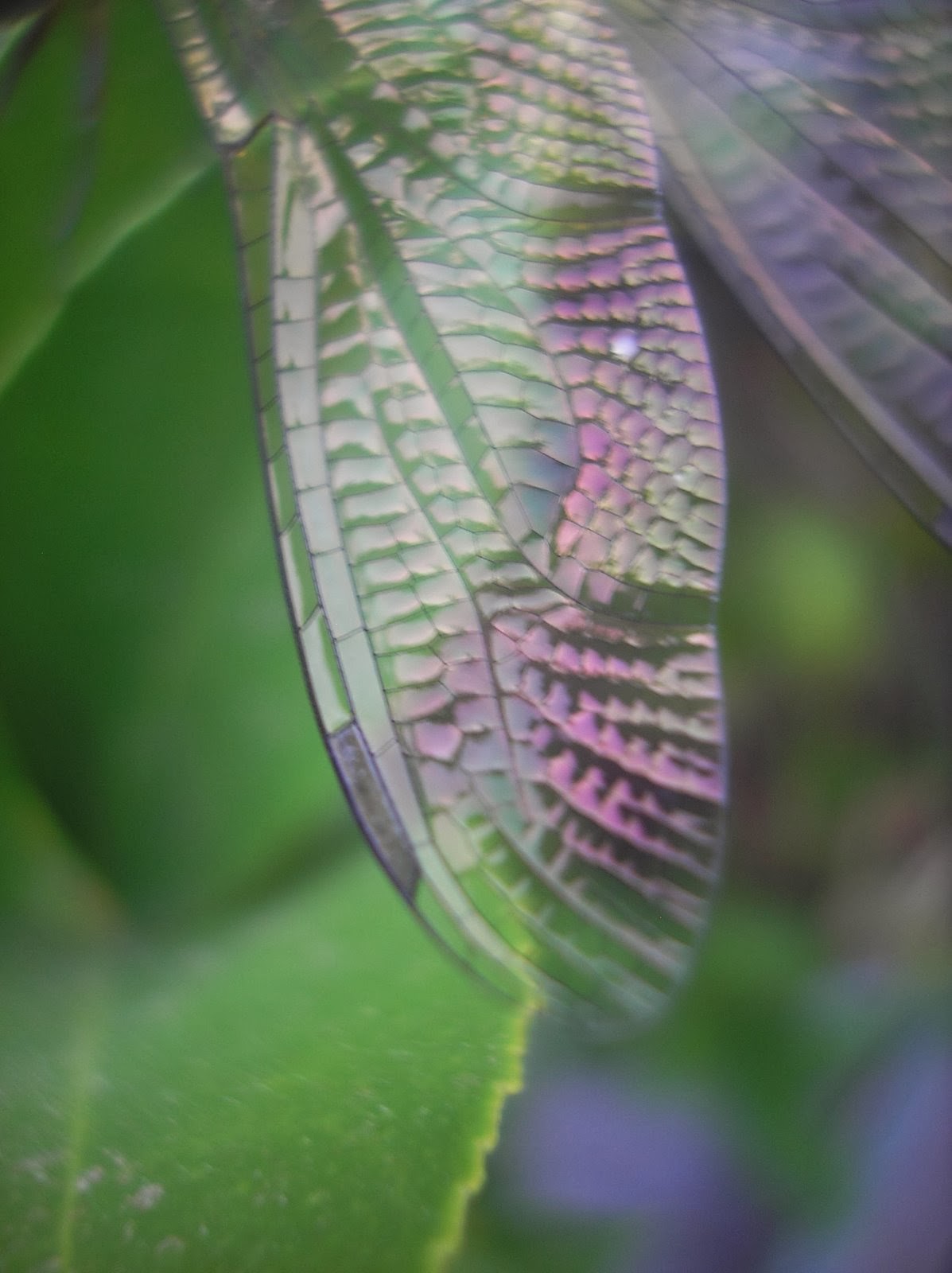 I am in a competition where the rounds repeat over and over and over and over.  I can feel the wheels of karma turning and turning and turning in a clock wise motion.  With each successive turn my consciousness rises to a higher level.  I wonder when will it be over.  It feels like an internal struggle with my ex Joe where we are battling for the ultimate dominance.  The cycle had wings spanning greater and greater distances and the inner wheels begin to loosen and expand.  I feel a greater sense of freedom as my consciousness rises even higher till finally my consciousness hits a ceiling.  The wheels stop turning.  My face is now pressed upon a see through barrier.  On the other side, I see swarms of dragonflies developing, growing to maturity.  There wings expand with great distance.  I hear the buzzing of their wings.  The resonance causes the barrier to disintegrate allowing me to pass through.

I suddenly emerge on the other side among the swam of dragonflies.  The sound reverberates in my engulfing me completely.  I am in ecstasy.  I take a moment to capture this moment and hold image of the dragonflies in my minds eye.  They are beautiful vibrant in their color.  I am alive. I am one with the dragonfly.

This dream ushered in a swarm of magic moments.  The last time the dragonflies appeared in a dream was when I found the box of chocolates I lost in my house.  The box of chocolates which I had purchased as a birthday gift for my friend Chris.  Chris love socks the chocolates disappeared from my house when the mystery infant sock appeared.  Coincidentally Chris has a sock “fetish” he loves the look of athletic socks.  The timely appearance of the sock in my house I took as a sign from OB assuring me he is coming into this world.  Later I had a dream The Kids Table where a little boy OB comes over and hands me a nicely wrapped chocolate.

My surrogate IM shared a very powerful dream she had about getting a positive pregnancy test and she wasn’t sure whose baby it was or how it happened unexpectedly.  I then told her about today’s dream Passage of the Dragonfly.  In passing I also mentioned the many weird coincidences that have been happening lately.  Namely Sasha’s Pocket Pastries where I’m a technical director of a movie staring Hillary Clinton and the movie just so happened to be sexually graphic.  I told her I had met a guy that evening who out of the blue began telling me about someone he knew who was making a porn video.  I had never met this person before so for him to tell me this information struck me as highly unusual.  I then asked him, What’s your name, to which he replied Clinton.  Very bizarre.  Our conversation continued and I started sharing with her that I have been watching birthing videos on YouTube.  One in particular I’ve been hooked on called One Born Every Minute.  I was trying to tell her how was the narrator on the show but couldn’t remember Jamie Lee Curtis.  So I went online to search for the shows cast and found it on Wikipedia.  To my surprise which I didn’t know before the series is produced by Dragonfly Film and Television Productions a British independent television production company.  I’ve watched all the episodes on YouTube and nowhere do they show any credits or acknowledgment indicating Dragonfly so I didn’t get the reference subliminally.  I was amazed that here before my eyes is yet another coincidence.

Image from The Hand Book of Natural Study.  Go visit the images there of dragon flies they are so beautiful.