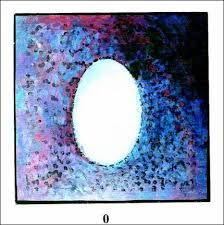 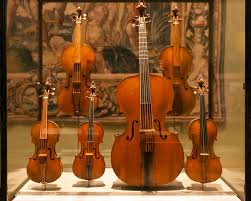 At this point I have a false awakening believing I was somewhere in a men’s room stall.  Having to pee I proceed to pee in the bowl. I then recognize that the water line is unusually high.  As I pee into the bowl I wonder if my urine will cause the bowl to over flow.  The bowl then starts to overflow.  I’m worried that it will affect those others who may possibly be in the rest room with me.  No one wants to step in urine.  As I exit the stall i see someone passing me to leave the restroom.  I ask him if there was a problem to which he says no, no problem.  I then look at the time and recall

I leave out and find myself at a store front similar to the old shops on Alvarado Ave in Downtown Los Angeles.  The shops have display windows as outside before you enter.  The store sells musical instruments.  I can see a beautiful violin in the window.  I notice the deep honey yellow color similar to the color of the urine in the bathroom and also similar to a previous dream.  For a moment something feels out of place.  I notice the time and remember the days when I used to arrive at work at 10 am.  Now I know I start work at 8:30 am.  I wonder where the day’s have gone since I seem to have less time during the day than what I used to have starting my day later in the day.

I then walk into the music store and see some unusual bubbles being blown.  I believe these bubbles are used to make alien space crafts.  They are showing me how the ships take form.

elderly man who is flying in the air so i know he shouldn’t be able to fly in the air the way is doing it.  I immediately take advantage of having seen something that doesn’t square with my reality and walk over to the old man.  As I’m walking over I can see there is a concert that is letting out.  I see my Aunt Lupe walking toward me but she doesn’t notice me.  I look at her and the old man and say why ain’t you looking at me.  I want them to know I am really there.  I demand to be seen.

In the middle of the night I woke up with the feeling that someone had taken my wallet from off my nightstand.  Before I could even open my eyes, I grabbed for my wallet which was now in the hands of a man who walked beside my bed.  To the man’s surprise, I was successful at reclaiming my wallet from him.  As I opened my eyes, there standing beside my bed was this man.  He was a Bedouin.  Although he stood in my bedroom he also stood simultaneously in his world upon a precipice in the high desert.  He was a beautiful luminescent blue angelic being whose face radiated pure unconditional love.  At times the wind being so strong blew his scarf in front of his face obscuring my view of him.  I raised my hand and arm in front of me to hail his presence.

He then placed a vision in my mind; a dream where I am in a sexual embrace at the point of ecstasy with not a person but the entire universe.  The universe is inside my body.  The feeling was so overwhelming that I completely lost myself forgetting where I was. My being was totally and completely consumed by the experience.  For the first time I experienced real LOVE.  I understood that when we love our love is felt by everyone.  Love is perfect.

As the dream continued and I regain awareness within the dream I realize I forgot to let the dog in from the cold.  I quickly run downstairs in the dream to let him back in.  My dog is so excited to see me.  I kneel upon the floor and my dog jumps into my arms to be cuddled by me.  We walk back upstairs and return to bed.

The vision ends and my awareness is returned to the Bedouin man.  My arm is still outstretched.  My eyes rolled back in my head in utter amazement as my body fell back in bed.  After a few moments, I regained my composure and sat up again to look around the room.  The Bedouin man was nowhere to be found.