After waking up in the morning and doing my usual bathroom break, I returned to bed for the precious snooze.  I immediately find myself in a restaurant.  We are seated at a long picnic style table which reminds me of the last supper because everyone is sitting on one side.  There is a male family member seated at the other end of the table who stands up.  His act of not conforming to what we are doing namely sitting to eat outrages me.  In a stern tone I tell him, “Sit your ass down!”  I am looking through the menu deciding what to order.  I decide to order empanadas but the waiter tells me the empanadas have to be picked up from a location in Columbia which would take me a day to travel there.  Curiously, I recall Columbia referenced in a previous dream but this doesn’t quite yet trigger a lucid state.  I decide to order pizza instead but cannot decide on the size of the pie.  The waiter shows me the square pizza boxes.  They are twice as deep as you would expect them to be.  He opens a 16 inch box which has a double decker wedding cake inside.  It reminds me of my new Shamanic drum which I just purchased.  He cuts the cake in gesture saying, “Your pizza fits inside.”

A waitress tells me the game played at the restaurant is Pig Latin.  Whatever you say you must substitute the p’s for d’s.  They seem to be very good at substituting the sound.  They do this effortless.  This frustrates me because there is always a new requirement.

I am given an envelope with seeds to occupy my time while I wait.  I walk outside so as to not be required to participate in the Pig Latin game. The envelope is getting wet as the day is cloudy, drizzly and grey.  The fibers in the envelope are breaking down exposing the seed to the moisture.  I worry the seeds will germinate before I am able to plant them in an appropriate place.  I begin walking looking for a place to plant them and discover I am in Paris.  Knowing I don’t have to be anywhere until tomorrow, I decide to take advantage of the situation and walk up the Champs-Élysées toward Rue de Rivoli and the Le Marais district.  I’ve been here before so I know my way around.  I will find an appropriate park to plant the seeds on my walk.

The sites are so beautiful I want to take a picture.  As in a dream from yesterday I don’t have a camera with me.  This awareness triggers a lucid state.  The walk is longer than I remember it to be so I sit down.  My seat then begins to move continuing in the direction of Le Marais.  Beneath my seat, I hear a pipe or muffler dragging on the ground behind me.  I smile with an inner knowing, this is just a sound effect let it drag I am not worried about it.   The chair is now moving at a good clip.  I turn and look back taking in the sites, “That muffler doesn’t seem to be impeding my progress.” 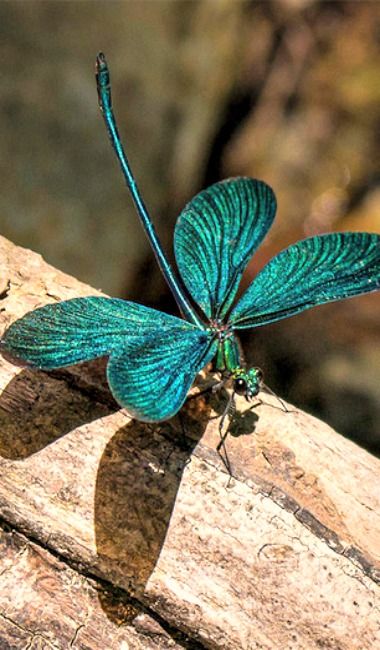 I am laying in bed watching the ethers gather in what look like hands massaging clay where I am the clay.  I want to know who is placing hands on me.  I carefully time my attack targeting one of the hands like a cat getting ready to stalk it’s prey.  Snap!, I grab at the hand with precision.  When my hand grabs the etheric hand I can feel it as if it had substance and form.  The density of the hand startles me as it is not what I expected.  The shock immediately wakes me up with eyes wide open.

I close my eyes in an attempt to return to the dream.  I am with my friend Dinah when a package arrives at her door.  She accepts the package from the post master and proceeds to open it. I immediately recognize the package as one I sent.  I know the box of chocolates is within the packing box.  The packing box is one I used to pack a speaker which was left behind by an Airbnb guest.  Before she opens the package, I know it is not a speaker inside, she will find the box of chocolates which mysteriously went missing in my house.  A box to this day I have not been able to locate.  “I must have sent it to Dinah,” I hear my mind say.  She snips the last piece of tape and opens the box.  Sure enough the chocolates are inside along with some larvae.  I recognize the larvae as faerie larvae.  The larvae are undergoing their metamorphoses.  They are long and white with narrow wings.  Each has a purple and green luminescence within their body much like a dragon fly.  A man walks over and asks, ” Can I buy them from you.  We have great need for those here.  They serve a good purpose.”  To which I reply, “You can have them.”  He then replies, “Oh no they have great value. ”  “In that case give me one dollar for each,” I say.  Another man steps in and says, “Oh no, they are worth far more than one dollar.”  To which I say, “Well then how about $45 dollars.”

One of the insects stings me in in left arm burrowing its head below my skin much like a tick.  Having read how one should respond to ticks, I pull the body back stretching the neck like an umbilical cord cinching it to cut the blood supply.  I wrap the cord around the head which is still below my skin.  The eyes look back at me as if in an effort to ask for it’s protection.  I believe it will now simply come out when its ready.

My attention is now drawn to a set of windows in the distance where the government of Columbia is torturing Space Aliens.  I can see the Aliens have hands raised as if to surrender.  I only see their forearms to the tips of their fingers.  One of the aliens has three long fingers typical of aliens.  The other has five possibly an alien closer in resemblance of humans.  Both are showing sings with their fingers in an attempt to communicate a message to me.  The three fingered one has it’s fingers with the symbol of a triangle.  The other has fingers and knuckles in the symbol of clovers.  I feel compassion for the suffering of the aliens as I believe all life is sacred.  I then see a tiny alien laying rigid on a table.  He looks to be dead.  I ask if we should dispose of the body.  To which I’m told we can leave him there.  As we turn to walk away, I look back to give the dead alien a second look.  I somehow know he is simply playing dead.  He moves to signal he is OK.  I wink and feel good know he is alive.

The dragonfly is generally associated with the symbolic meaning of transformation. Here are common meanings for this animal totem:

In the middle of the night I woke up with the feeling that someone had taken my wallet from off my nightstand.  Before I could even open my eyes, I grabbed for my wallet which was now in the hands of a man who walked beside my bed.  To the man’s surprise, I was successful at reclaiming my wallet from him.  As I opened my eyes, there standing beside my bed was this man.  He was a Bedouin.  Although he stood in my bedroom he also stood simultaneously in his world upon a precipice in the high desert.  He was a beautiful luminescent blue angelic being whose face radiated pure unconditional love.  At times the wind being so strong blew his scarf in front of his face obscuring my view of him.  I raised my hand and arm in front of me to hail his presence.

He then placed a vision in my mind; a dream where I am in a sexual embrace at the point of ecstasy with not a person but the entire universe.  The universe is inside my body.  The feeling was so overwhelming that I completely lost myself forgetting where I was. My being was totally and completely consumed by the experience.  For the first time I experienced real LOVE.  I understood that when we love our love is felt by everyone.  Love is perfect.

As the dream continued and I regain awareness within the dream I realize I forgot to let the dog in from the cold.  I quickly run downstairs in the dream to let him back in.  My dog is so excited to see me.  I kneel upon the floor and my dog jumps into my arms to be cuddled by me.  We walk back upstairs and return to bed.

The vision ends and my awareness is returned to the Bedouin man.  My arm is still outstretched.  My eyes rolled back in my head in utter amazement as my body fell back in bed.  After a few moments, I regained my composure and sat up again to look around the room.  The Bedouin man was nowhere to be found.